“With nearly 3,000 homeowners associations in Nevada, chances are, you live in a community governed by an HOA,” says the State of Nevada Department of Business & Industry website. Love ‘em or hate ‘em, sooner or later you will come across one.  Homeowners know too well how they are affected by HOA’s.  “But what if I’m just renting?  I’m not a homeowner,” you reason.  If you rent a home within an HOA, you will be affected as well.  We’ll circle back to this in a bit. But first:

Exactly, what IS an HOA?

Wikipedia defines a homeowner association to be “a private association often formed by a real estate developer for the purpose of marketing, managing, and selling homes and lots in a residential subdivision.” In the United States, these associations are developed for subdivisions, planned communities, and condominiums.  People who purchase property within an HOA's jurisdiction are automatically required to be members and thus agree to pay dues, known as HOA fees.

An HOA is created to protect the residents’ interests in the community and, therefore, residents themselves can volunteer and are voted in by the homeowners, to serve on the HOA board.  The board then comes up with regulations, policies, and guidelines to govern the community in terms of its usage and maintenance.  It starts with establishing a document called the Declaration of Covenants, Conditions, and Restrictions, (known as CC&Rs) that sets forth certain conditions on owners and their properties.

Since HOAs are generally incorporated, they are subject to state laws. But because they are a self-governing body put in place by the homeowners, they even have considerably more authority to enforce the agreements established by the CC&Rs.  While this sounds like a negative thing, as most folks do not like others telling them what to do regarding their own homes, read on to see why they may agree to this.  Besides, it makes sense to have the association govern its own community because, in theory, it's better for the residents to work to protect their own interest, rather than putting the governing of it in outside hands.

An HOA offers many benefits for homeowners living within its community.  Perhaps the biggest benefit of an HOA is that it serves its members by providing guidelines and regulations with the goal of preserving the community’s look and feel, so that the community's property values are maintained or even enhanced.

They do this by enforcing the CC&Rs’ for the community.  These “may include structural restrictions such as the type of fences or landscape allowed, or minor selections such as the color of paint on a house. This document usually also outlines the penalties for violating the CC&Rs, which may include fees, forced compliance or in some cases, litigation” states the website Investopedia.  While this seems rather restrictive, when done right, the end result is a beautiful community that has a beautiful look and feel to retain its high value and makes it a desirable community to live in for many individuals.

Therefore, even renters (mentioned in paragraph one above) of homes within an HOA, are also subjected to the CC&Rs, requiring them to maintain yards or clean the driveways of oil and grease leakage.  They are sent HOA violations for these and other conditional requirements that, either they or the owner must respond and adhere tand correct.  Otherwise, either may be subject to fines. Again, this is all done with the goal of keeping up the desirability of the community.

In addition, an HOA may also provide numerous amenities such as swimming pools, club houses offering such services as party spaces or workout facilities, additional parking, landscaping for all the HOA members.  Some HOA’s emphasize their benefits highlighting security needs with either gates requiring entry codes, guard-gated officers requiring rather strict identifications and reasons for guest visits, or even patrolled guards.   Others may offer additional value by covering monthly costs of trash, water and sewer, or even cable service within the HOA dues.

Obviously, the more the HOA provides in benefits, the higher the dues are.  In Vegas, dues seem to range from $10 to $2500 per month.  On the low end, the HOA exists largely to maintain common areas of the community.  On the high end, they are found in high rises which offer the best in city and resort amenities, such as private cellars for storing wine for owners or even  private garages with space for live-in chauffeurs!  Despite those seemingly large numbers, Vegas has been ranked in recent years to offer some of the lowest average HOA’s in the nation.  One blog* reported “on average, HOA fees on HOMES FOR SALE IN LAS VEGAS cost $198 per month – the second least expensive metro behind Nashville at $194 per month.”

From the above discussion, it’s fairly easy to see some points of contention already for some folks.

First is the independent spirit within many people.  THEY DON’T LIKE OTHERS TELLING THEM WHAT THEY CAN OR CANNOT DO REGARDING THEIR OWN HOMES!  These ones, if they know themselves well enough at the time of purchase,  will probably never purchase a house with an HOA.  Invariably though, some of these folks end up putting up with an HOA if they found just the right home that they fell in love with.  These will begrudgingly live with an HOA.  Others eventually have found out they will have to move just to get out of the HOA.

Second, another reason I repeatedly hear against HOAs is how stringent some of them are.  Many have had bad experiences living or renting with them sending out HOA violation notices on what they perceive as nitpicking or needlessly restrictive.  It’s unfortunate that some purchasers were not aware of the points established in the CC&Rs when they bought the home either for themselves or for their rentals.  On the other hand, some HOA management companies have also been part of the problem, as they either managed the HOA ineptly or have taken their license to enforce the rules a little far.

Next, at the end of the day, there’s the actual cost of the HOA dues.  Although, as previously stated, HOAs in Las Vegas are comparatively low against other metro areas, the average of about $190 per month can still be a significant payment, especially if the homeowner doesn’t  see the results they expect from their HOA.  When they observe things in disrepair such as palm trees in the common areas that need trimming of their dead palm branches or the streets are dirty, they gripe about the payment they have to make every month.  Nowadays, with neighborhood watch apps such as Nextdoor or Facebook neighborhood groups, the negative conversations about their HOAs, especially regarding how inefficiently or poorly they are operated.  This, of course, is exacerbated when the HOA sends out an assessment or an increase of the HOA dues.

In the end, HOAs have their place in real estate.  While they do indeed offer strong benefits for their neighborhoods or communities, by definition -- they can be a challenge for some folks.

The good news is, in the Las Vegas market, there’s a wide choice for buyers.  Determine what is really important to you and work with your realtor to find the right home for you, whether there is “No HOA,” a small HOA fee that only handles what you see as necessary, or one with a large HOA that offers you benefits beyond paying for the dues.  I’d love to hear your feedback on how your experience with HOAs has been or what your opinion of them is by leaving them in the Comments section below. 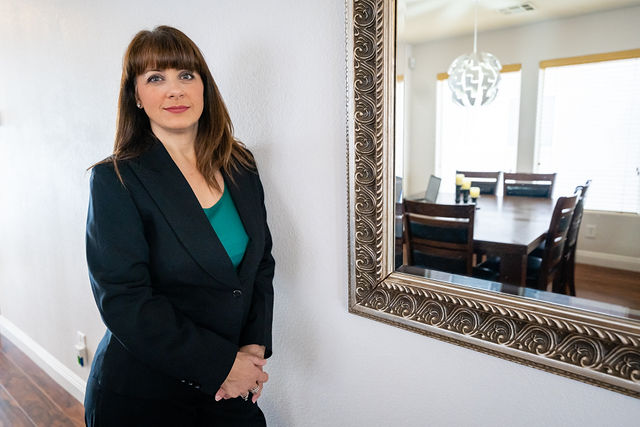